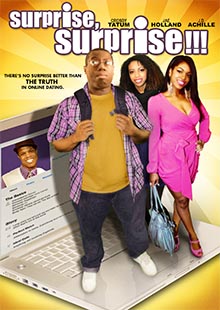 A socially-awkward, heavy-set college student conducts a Philosophy class experiment by conning his sexy, womanizing best friend into posing as "himself" to date a beautiful, charming woman from an online dating website. He's doing all this to prevent himself from losing his scholarship, and flunking out of school. Once the truth unfolds, he realizes it was a huge mistake. Watch as the hilarity unfolds in this wacky comedy.