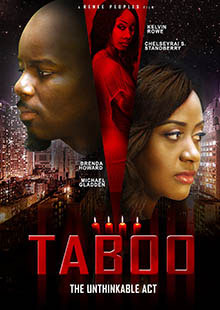 In the wake of a tragic emotional event, Angie Dobson is lead to do the unthinkable. She suffers from a history of sexual abuse. Instead of suppressing her feelings, she over indulges to satisfy her appetite for an unhealthy infatuation for her brother. These family secrets have been swept under the rug for years. Will this family be able to bounce back? Or will this family be torn apart from the acts of this Taboo.