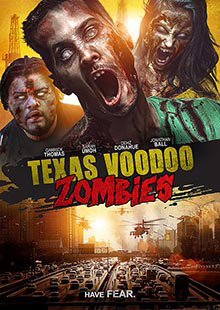 Ex-con Doobie Jones is faced with a dilemma, find a real job or go back to jail. Just when he thinks his luck has changed, Voodoo priestess Sabrina, casts a spell converting a deadly concoction into a powerful zombie formula. He has a tough decision to make, stand and fight, or run like hell.