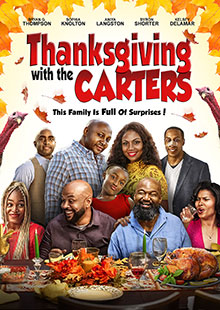 Thanksgiving With The Carters

A family tries to find common ground with its newest members, as they honor their tradition of Thanksgiving surprise, where each person attempts to surprise the family with something unique and positive.