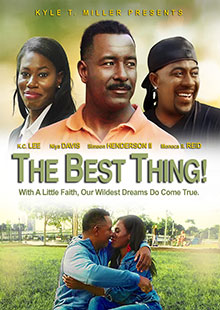 One day, restaurant owner Justin Alexander's life takes a dramatic turn when he finds out from one of his customers that his deceased ex-girlfriend has a son in the child welfare system. This child is around the age of when Justin and his girlfriend split up. Could this boy be Justin's son? Determined to find out if this kid is his, Justin recognizes being united with this child could have frightening consequences. Or it could be The Best Thing!