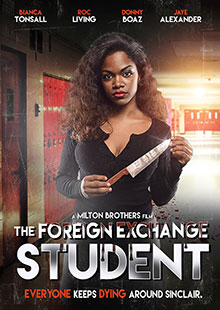 Sinclair John is a beautiful, troubled, young high school senior from Dominica. When her parents suspect she may have had something to do with her boyfriends death, they ship her to America under the Foreign Exchange Student Program. While living with her new family, she wreaks havoc and it's up to Jackie to stop her.