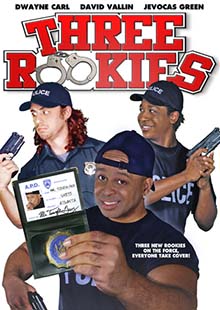 A hilarious comedy about the lives of three broke losers who, by some strange twist of fate, land jobs with a very short-staffed Atlanta Police Department. In the line of duty, the new rookies become unlikely heroes after getting mixed up with some crazy dealings involving a diamond thief and two petty crooks, all the while trying to do what they can to keep their jobs.