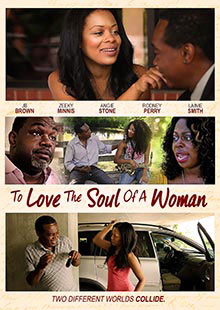 To Love the Soul of a Woman

An abusive woman who stops at nothing short of murder to get her way. Monee Kinyard emasculates, humiliates and physically abuses her ex-military fiancee', Earnest Anderson, who does all he can to appease her. She torments his friends, terrorizes her own children and plots his horrific death, but as fate would have it she ultimately faces the biggest revelation of her life when Earnest's best friend, Thomas Peterson, unveils his own wrath of fury.