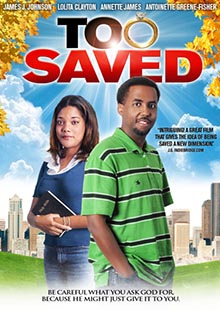 Lisa has prayed for years that God would save her boyfriend Bobby, but when he finally sees the light it's much more than Lisa bargained for. Is Bobby ‘Too Saved' to hold onto his relationship with Lisa?