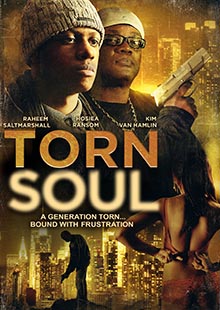 Meshach Johnson is forced to find his identity while wandering the perilous streets of a decaying city. TORN between the dead end life and the abundant life God has promised him, Johnson's endless struggle to find his "true self" takes him on a path that threatens to bring about his demise.