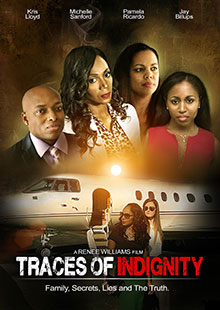 Dr. Augusta Weber has traveled the world over promoting her books, DVD's and selling out public speaking events. She is a retired College Professor who is greatly admired by all. Although Dr. Weber is an advocate for being straight-forward, open and honest, she is protecting a deep, dark secret that has plagued her for years. An aggressive journalist, Ruby, is determined to denounce Dr. Weber's character by uncovering the truth and scoring the next big story.