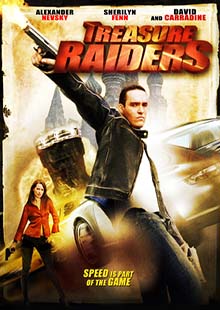 A Russian street racing star has met his match in a sly American racer. As they both rival for control on the streets they must put aside their differences and band together to search for a lost templar treasure. With time, police, and the mafia against them will they find the treasure before it is too late?