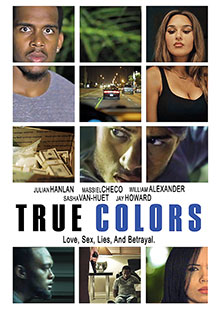 Trevor Winfield (Julian Hanlan) is a former street thief turned painter, who is now in a relationship with his girlfriend Sophia Clifford (Massiel Checo). After he finds himself in debt to a drug lord, he is faced with the ultimatum of staging a heist against his wealthy girlfriend to pay back a debt... that's until the robbery goes wrong.