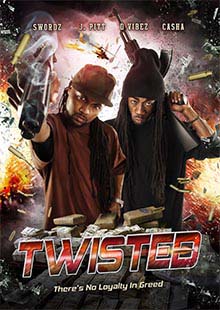 Home boys Jon Jon (Swordz) and Reggie (J Pitt ) are two small time street hustlers looking to make a come up through a Jamaican connection, eventually leading to make a lot of money. Events unfold only to find out there is no loyalty in greed.