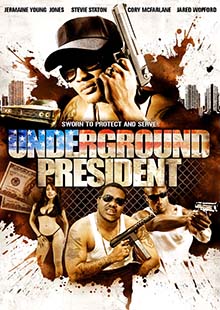 Blow is searching for his identity and a connection to his past amidst the backdrop of the most vicious gang war that Florida has ever seen. Intrigue, deception, and a secret that threatens to unravel all Blow has ever known, drive the forces that will decide who will become the next Underground President.