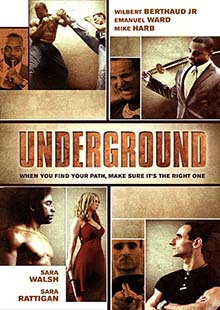 After his parents die leaving him and his siblings to fend for themselves, Michael learns of an underground fight club where he can make money. Despite warnings, Michael remains unaware of what's at stake and is lured in by the promise of fortune.