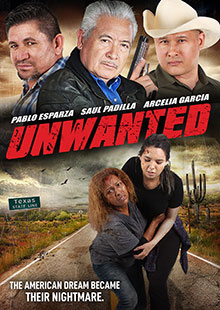 Enrique Guzman is a Coyote. The last twenty years he has smuggled immigrants from Mexico into the United States illegally crossing the Rio Bravo and walking one hundred miles in Texas territory. Enrique is fearless and willing to kill to protect his group. Some of them do not make it alive because they get killed or die of dehydration on the road. Once they make it to the city, they must deal with a culture shock and discrimination sometimes from their own race.They become UNWANTED.