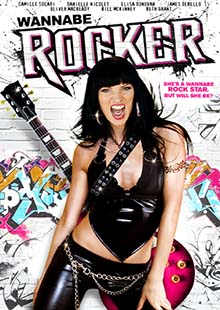 In a world of pop-stars Phaedra is struggling to make it as a rocker. Plagued with bad luck and disown by her parents she has all but given up on her dream. Phaedra's friends, however, are determined to show the industry what it is missing. Their outlandish plan to attract record producers by throwing a pretend party for Cher just might work. Who said there's anything wrong with a little creative lying; it might be your only to the top?