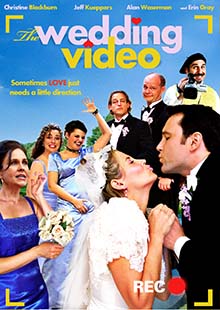 Kristin and Chris are an unconventional couple -- so of course they wanted an unconventional wedding video. Little did they realize what they were in for when they hired Virgil Crumb. Virgil's vision for his film involved digging up dirt on the couple. But when cracks in the relationship began to show, Chris and Kristin frantically call the wedding off. Now, Virgil is furious. How could these actors ruin 'his' film? Chris and Kristin will soon realize they are meant to be together or else!