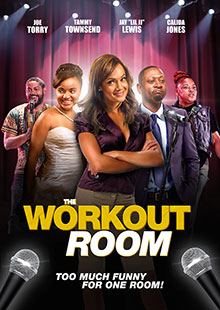 The Workout Room is a dramatic comedy film about an up and coming comedian, Teejay, played by Joe Torry. Teejay is given the chance of a lifetime at the cost of missing his daughter's wedding. Tammy Townsend plays the role of Xena, an educated, tell it like it is comedy promoter turned club owner. She is a one woman wrecking crew keeping everyone in line with her boisterous presence and edgy tongue. The Workout Room is a funny, plot driven film featuring real life stand-up comedians.