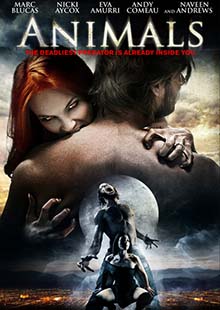 Jarrett has spent years wasting away in a washed-up hick town, but after meeting Nora his life will never be the same. Easily seduced by her charms, Jarrett is pulled into her dark world and an unforgettable night of passion. But in the light of day Jarrett begins to realize that his reckless night with Nora has filled him with a growing animal instinct to fight. This is only the beginning to Jarrett's journey into the unknown world of the ANIMALS lurking amidst us all.