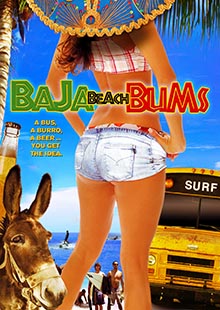 A group of friends’ annual trip to Baja Mexico goes slightly awry when an outsider decides to tag-along. Together with the sun, waves, and an unruly donkey these friends are determined to show their new tag-along a good time. This New Years’ beach party is sure to top the last.