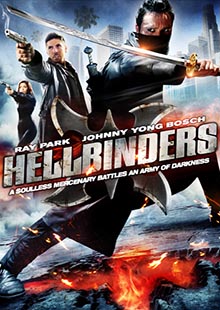 Max is a fast talking mercenary willing to risk everything for the almighty dollar, but he has met his match when he agrees to take on a job to terminate the devil himself. With the help of an elite assassin and the last remaining member of the Knights Templar, Max prepares for battle. But will the team even stand a chance against the mightiest demon they all have ever faced?