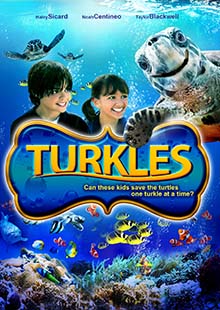 TURKLES is the tale of a group of curious kids from fictitious "Camp Loggerhead" who embark on an adventure to solve the mystery of the missing sea turtle eggs. Led by two determined 13-year-olds, the clever campers must overcome dangerous obstacles, gather evidence, earn the trust of their parents, and ultimately catch the clueless poachers.